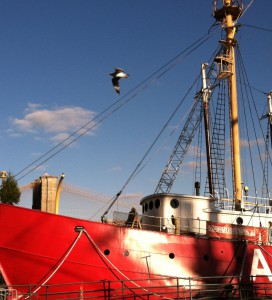 As we fight to preserve the Seaport – a special part of our environment, albeit a man-made one – some words from another fighter ring true for us as well:

“People always tell me not to be extreme,” he said in a 2010 documentary about his life, “The Good Fight.”

“ ‘Be reasonable!’ they say. But I never felt it did any good to be reasonable about anything in conservation, because what you give away will never come back — ever. When it comes to saving wilderness, we can’t be extreme enough. To compromise is to lose.”

Mr. Litton, a former director of the Sierra Club, was unrelenting in his efforts to preserve what was left of the wilderness in the American West, most notably the Grand Canyon and the Colorado River.